Interaction of production with modern information and communication technology

Fecken-Kirfel was innovative and successful in many areas last year. New production lines and more efficient forms of organization contribute to leaner and thus more economical processes in production and service. In 2018 Fecken-Kirfel will continue on its path towards Industry 4.0 with further investments, participation in research projects and international trade fairs.

With the inauguration of a state-of-the-art powder coating line in the associated new building, Fecken-Kirfel invested in the production site in Aachen last year. At the Interzum fair in Cologne, the live show of our two bestsellers, the horizontal CNC contour cutting centre C 67 and the vertical CNC contour cutting centre F 62, impressed many customers and interested parties. Fecken-Kirfel was also present at numerous other trade fairs in Germany and abroad. In the second half of the year, the first of two planned new twisting and milling systems with robot automation was started up. In the After Sales area, the new established service has further optimized the processes. A central service number now allows the employees prioritizing the requests and assigning them to the right contact for quick processing. Moreover, Fecken-Kirfel also focuses on key contents of Industry 4.0 with a lecture at the Europur.

Start to the year 2018 with new investments

As in previous years, Fecken-Kirfel will be present at various trade fairs with innovative solutions; for example, in the middle of May for the first time at the IEX 2018 - Isulation Expo Europe in Cologne and at the end of May again at the U-Tech in Maastricht. In connection with the Maastricht fair, there will be an Open House fair at the production site in Aachen. In October, the company will be represented at the Foam Expo in Hannover. Looking ahead, preparations for 2019 for the two major trade fairs Interzum in Cologne and the K fair in Düsseldorf will already start in the current year.

Completion of successful participation in the research project MaxiMMI

The successful participation in the MaxiMMI research project, completed at the end of 2017, is also focused on Industry 4.0. The project name stands for "Multimodal, task-oriented operating systems for flexible and user-focused man-machine-interaction on production machines". In practice, on the one hand it is about the problem of the increasing operating complexity of today's production machines, and on the other hand about the increasing heterogeneity of operating and service personnel due to demographic change. Many of the operators today have an international background. Others are physically restricted due to age or illness. Encountering these circumstances, solutions were developed within the project that facilitate the operation of the machines. The participation in the project was successful for Fecken-Kirfel: a new, easier-to-use operating surface was developed for the CNC machine, which is to be implemented in the next control generation. This expertise also ought to be integrated into the new generation of IPC machines.
In this project Fecken-Kirfel has worked successfully with RWTH Aachen University, with automation companies such as Siemens and Procom as well as with machine tool manufacturers such as Index and Chiron. Here you can also see that the focus of the company is on the interaction of production and information technology. The awareness of responsibility becomes clear regarding the consequences this development might have for the employees. A responsibility that Fecken-Kirfel is facing with a view to a successful future. 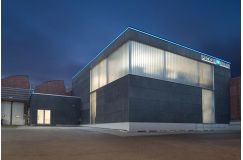 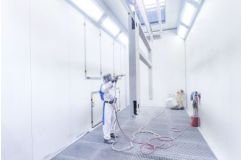