Interzum 2013: In with the new – new cutting principle and new corporate design

With a successful presentation, the FK team has ended the ”Interzum“ trade show in Cologne on May 16, 2013.

The technical highlight of the show was from FK point of view the premiere of the new fully automatic Cut-Off and Trimming Machine T 6, which was presented to the international audience on that occasion for the first time. It was preceded by months of intensive development work around the new cutting principle of the counter-moving band knife, which was eventually published as a patent application.

We could clearly demonstrate by using a specially developed measuring device on site at our stand that the new cutting method related to the cutting resistance has a significant advantage over previous cutting concepts. This allows higher technical requirements to cutting speeds and tolerances and to the rectangular or diagonal forms to be cut. Also, the counter-moving band knife allows virtually dust-free processing of many materials that were previously difficult to cut, such as harder or cold visco foams as well as bonded foams.

We are glad that the T 6 was met with great interest by the Interzum visitors and that we could already sell the T 6 prototype besides some other well-proven machines.

Obvious was finally the new corporate appearance - both the design of the booth as well as the entire FK team presented themselves in the new, fresh corporate design, which was widely praised. 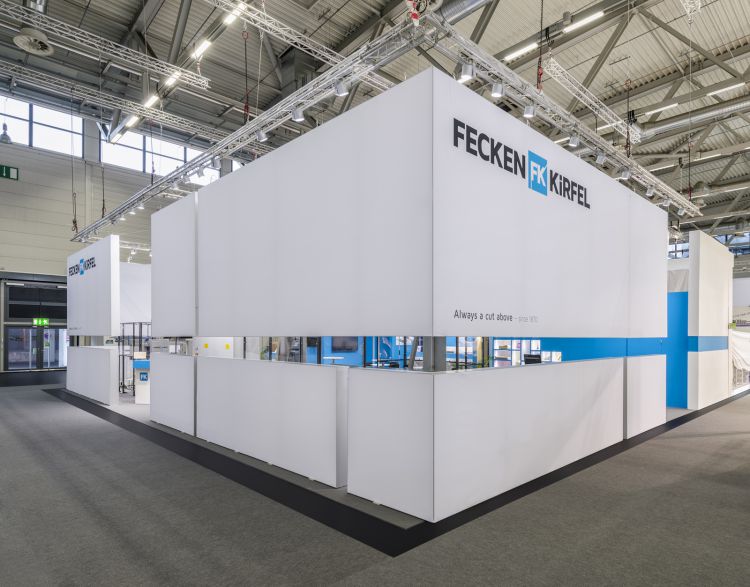 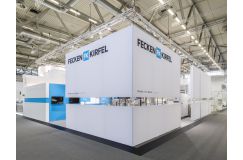 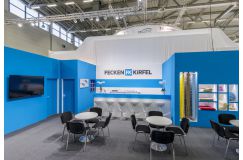 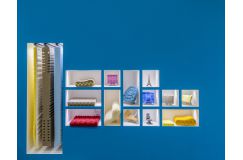